House Party Exits Early Access with the Release of V1.0.0!

House Party Exits Early Access with the Release of V1.0.0! 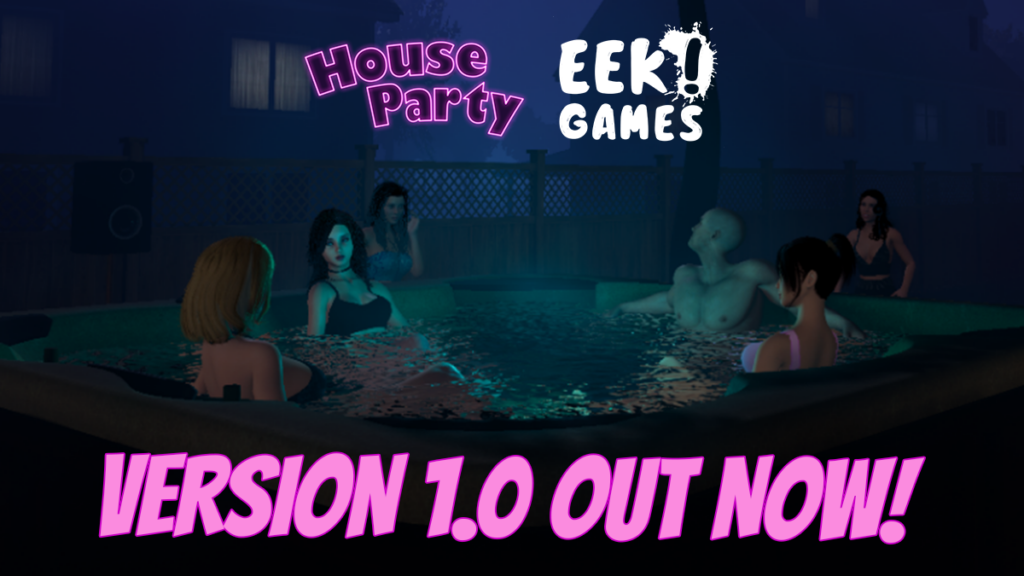 The time is finally here! After a long and incredible journey, House Party is officially out of Early Access! Check out the release notes for House Party 1.0.0 right here, brah!

Wow. We can’t believe how much House Party has changed since its original concept and first build. Because of your financial support, we’ve been able to expand Eek! Games from a one man operation into a small, close-knit team of artists, writers, and programmers, and it has greatly improved the quality and amount of content in the game.

Just because we are coming out of Early Access, though, doesn’t mean we are going to stop working on the game. We feel the game is ready enough to no longer be considered Early Access, but translation updates will continue to be rolled out over the next week or two, and there will still be more polish, cutscenes, and Easter Eggs in the pipeline.

We really can’t thank everyone enough for buying, playing, translating, bug testing, and sharing the game with friends over these past few years. Your support has made House Party the super fun and expansive story-rich 3D comedy-adventure it is today.

Not only that, but House Party has always had to battle against censorship and it’s constantly been a struggle for us to get the game listed on new platforms. We’ve been faced with so much journalist negativity and censorship, but you guys have had our backs through all of it. We couldn’t ask for a more brahsome community of brahs! And the community keeps growing – we love all of you for partying with us. 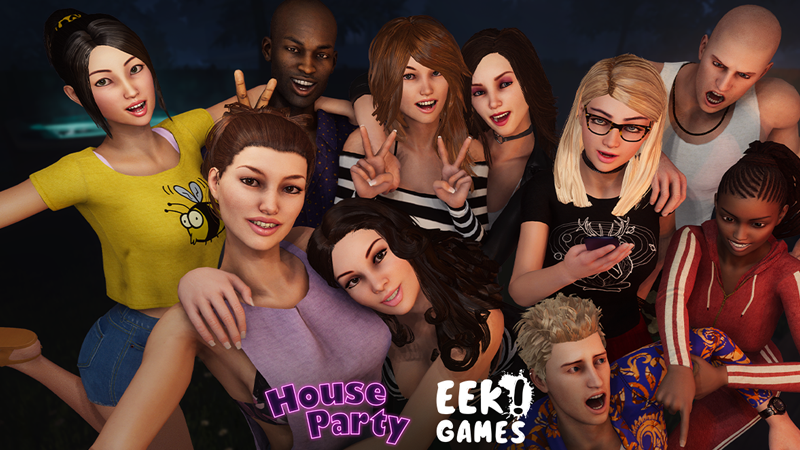 Today, House Party has overly positive reviews on Steam, good press, a strong player base, and is allowed both censored and uncensored on many platforms. Thanks to you, we’ve been able to add celebrities (with Doja Cat on the way), globalization/translation, a combat system, cutscenes, controller support, and even a female playable character to the game. We can’t wait for you to experience the full game we always wanted to make for you.

We couldn’t be more thankful, and we hope you’ll all continue to show our future House Party DLC and Office Party the same love you’ve been showing House Party! We’ve been listening closely to your feedback on socials, Discord, and our contact forms to hear things you’d love to see in House Party and its sequel game!

In addition to updating the base game and Explicit DLC, we’ll be releasing expansion packs like the Doja Cat DLC this fall, and slowly starting work on Office Party alongside everything!

Other House Party updates to look forward to in the near future will be more female player cutscenes and that awesome VR port we promised. And we even have some super secret projects that could see Eek! Games branch out into different genres of gaming and storytelling!

We’re stoked to explore the future of House Party with everyone, and this has been a wild and amazing ride through Early Access. Cheers to the future and let’s keep partying, doods! 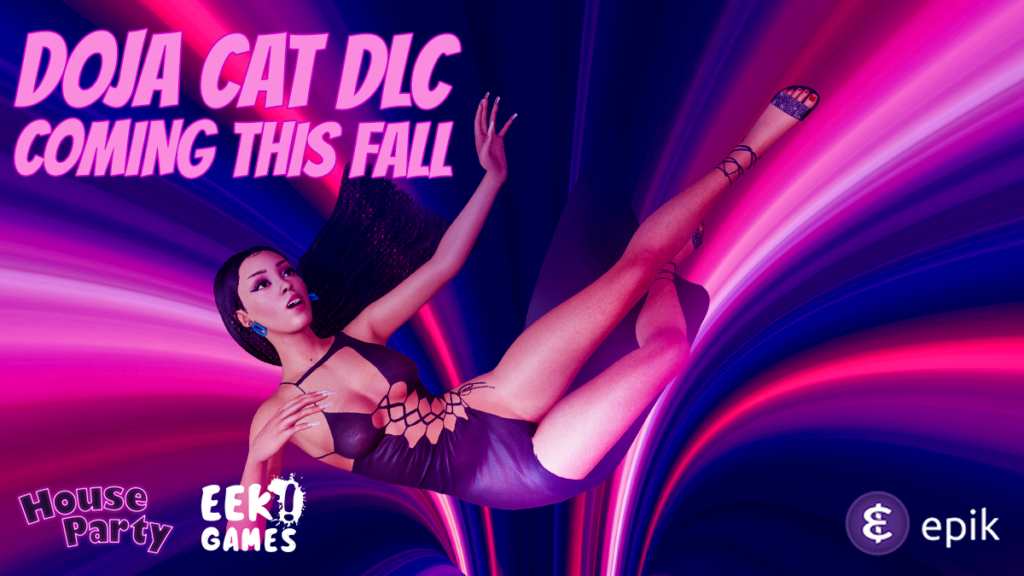